Help to control hormonal balance with a careful diet.

The Importance Of A Good Diet To Control Hormonal Imbalance

Sugar and refined carbs have been linked to a number of health problems, apart from hormone imbalance.

Indeed, avoiding or minimizing these foods may be instrumental in optimizing hormone function and avoiding obesity, diabetes and other diseases.

Sugar keeps insulin elevated, knocking other hormones out of balance and paving the way for insulin resistance. Food sensitivities including gluten can also increase inflammation and contribute to hormonal imbalances including cortisol. Research shows that a healthy gluten-free diet can reduce inflammation and insulin resistance. Consider working with a chiropractor or other healthcare professional with an elimination diet to see if your symptoms improve.

Studies have consistently shown that fructose can increase insulin levels and promote insulin resistance, especially in overweight and obese people with prediabetes or diabetes

Importantly, fructose makes up at least half of most types of sugar. This includes natural forms like honey and maple syrup, in addition to high-fructose corn syrup and refined table sugar.

In one study, people with prediabetes experienced similar increases in insulin levels and insulin resistance whether they consumed 1.8 ounces (50 grams) of honey, sugar or high-fructose corn syrup.

In addition, diets high in refined carbs like white bread and pretzels may promote insulin resistance in a large portion of adults and adolescents,

By contrast, following a low- or moderate-carb diet based on whole foods may reduce insulin levels in overweight and obese people with prediabetes and other insulin-resistant conditions like polycystic ovary syndrome (PCOS)

Eating too much or too little may result in hormonal shifts that lead to weight problems.

Overeating is shown to increase insulin levels and reduce insulin sensitivity, especially in overweight and obese people who are insulin resistant.

In one study, insulin-resistant obese adults who ate a 1,300-calorie meal experienced nearly twice the increase in insulin as lean people and “metabolically healthy” obese people who consumed an identical meal.

On the other hand, cutting your calorie intake too much can increase levels of the stress hormone cortisol, which is known to promote weight gain when it’s elevated.

One study found that restricting food intake to less than 1,200 calories per day led to increased cortisol levels.

Interestingly, a study from 1996 even suggests that very low-calorie diets could potentially trigger insulin resistance in some people, an effect you might expect to see in people with diabetes.

Eating within your own personal calorie range can help you maintain hormonal balance and a healthy weight.

Summary: Consuming too many or too few calories can lead to hormonal imbalances. Aim to eat at least 1,200 calories per day for optimal health.

Including high-quality natural fats in your diet may help reduce insulin resistance and appetite.

Medium-chain triglycerides (MCTs) are unique fats that are taken up directly by the liver for immediate use as energy.

They have been shown to reduce insulin resistance in overweight and obese people, as well as in people with diabetes.

Dairy fats and monounsaturated fat in olive oil and nuts also seem to increase insulin sensitivity, based on studies in healthy adults and those with diabetes, prediabetes, fatty liver and elevated triglycerides.

Additionally, studies have shown that consuming healthy fat at meals triggers the release of hormones that help you feel full and satisfied.

On the other hand, trans fats have been found to promote insulin resistance and increase the storage of belly fat.

To optimize hormone health, consume a healthy fat source at each meal 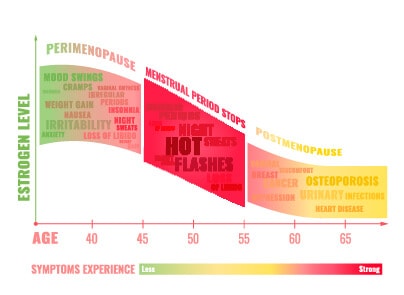 Fatty fish is by far the best source of long-chain omega-3 fatty acids, which have impressive anti-inflammatory properties.

Research suggests they may also have beneficial effects on hormonal health, including reducing levels of the stress hormones cortisol and adrenaline.

A small study observed the effect of consuming omega-3 fats on men’s performance on a mental stress test.

The study found that after men consumed a diet rich in omega-3 fats for three weeks, they experienced significantly smaller increases in cortisol and epinephrine during the test than when they followed their regular diet.

In addition, some studies have found that increasing your intake of long-chain omega-3 fatty acids may reduce insulin resistance related to obesity, polycystic ovary syndrome and gestational diabetes.

Gestational diabetes occurs during pregnancy in women who did not have diabetes prior to becoming pregnant. Like type 2 diabetes, it is characterized by insulin resistance and elevated blood sugar levels.

For optimal health, include two or more servings per week of fatty fish like salmon, sardines, herring and mackerel. 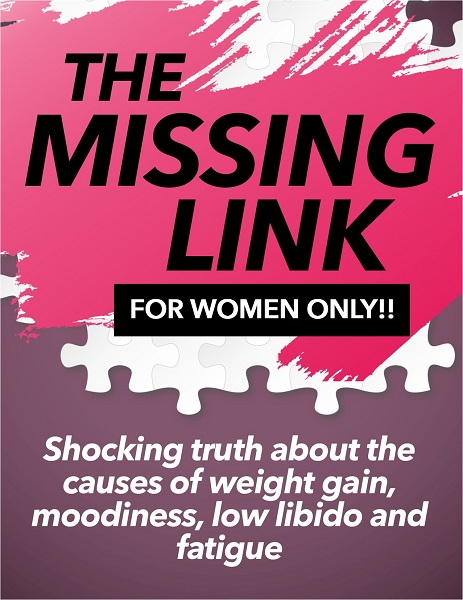 In this free guide you will learn

Why you are putting on weight

Why you have lost your libido

Why you are always tired

Why you have become more moody

How Exercise Helps With Hormone Imbalance >>